juju
/
openmeca
mirror of https://gitlab.com/damien.andre/openmeca
Watch 1
Star 0
Fork 0
Code Issues 0 Releases 11 Wiki Activity
The aim of openmeca is to provide a software for simulating mechanical systems easily. It allows to build a 3D scheme, where the bonds are represented by symbols and gives a simple way to apply loadings, boundary conditions and manage contacts.
You can not select more than 25 topics Topics must start with a letter or number, can include dashes ('-') and can be up to 35 characters long.
192 Commits
5 Branches
Branch: master
master
expression_parser
gravityCenter
localGravityCenter
qthread
2.3.0
2.2.5
2.2.4
2.2.3
2.2.2
2.2.1
2.2.0
2.1.7
2.1.6
2.1.5
2.1.4
Branches Tags
${ item.name }
Create branch ${ searchTerm }
from 'master'
${ noResults }

OpenMeca is a multibody dynamics software designed for human being.

OpenMeca is based on the chronoengine library. The aim of openmeca is to provide a software for simulating mechanical systems easily. openmeca allow us to builds a 3D sketch, where the bonds are represented by symbols and gives a simple way to apply loading and boundary conditions. Thanks to numerical sensors, different kind of data (force, torque, displacement, velocity, etc.) could be extracted from the simulation. 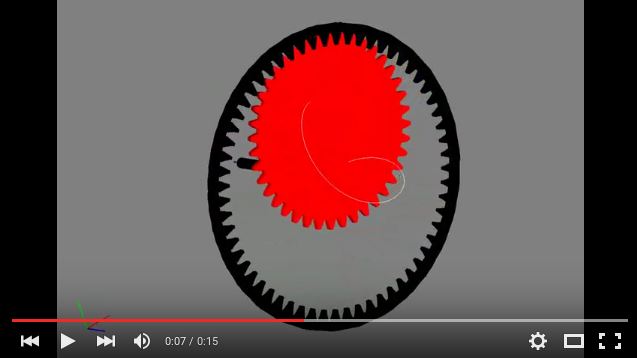 Simply download the installer here. To install it, if you are not familiar with .dmg files:

To launch OpenMeca, navigate to the Applications folder from the Finder, and double click the OpenMeca icon. Note that, the application is not code signed. If you are using a recent version of OS X, you may need to desactivate Gatekeeper in the System Preferences.

On a Debian based Linux distribution, simply run the following commands.

Now, you can lauch openmeca by typing openmeca in a terminal or by clicking the openmeca icon in the Education menu. To remove openmeca, simply enter the following command.

The one minute install & compile guide for Linux

On a Debian based Linux distribution, simply enter the following terminal commands (and take a coffee).

These commands do the following actions :

OpenMeca is written in C++ and is based on the qt5, qwt, qglviewer, boost and the chronoengine C++ libraries. The graphical front-end is given thanks to the qt5, qglviewer and opengl libraries. The boost library is used to manage serialization (save and load procedures) and some boring stuffs (lexical_cast, bind, etc.). The chronoengine library is the physical engine of OpenMeca.

OpenMeca packages qglviewer, qwt, boost and chronoengine libraries. The chronoengine version used here is a custom version. So, you need to compile them before compiling openmeca. Note that openmeca is statically linked to these libraries. The aim of this design is to make easier the further deployment of openmeca.

The configuration files of openmeca are stored in the $HOME/openmeca directory.

OpenMeca is under the GPLv3 license. It is a free software, it means that you may copy, distribute and modify the software as long as you track changes/dates in source files. Any modifications to or software including (via compiler) GPL-licensed code must also be made available under the GPL along with build & install instructions. See the LICENSE file for more information.

Most of the images and icons were extracted and inspired from the openclipart database.

All these information are available here.